Seventh-day Adventist world church President Ted N. C. Wilson today called for an International Day of Prayer and Fasting on December 1 to rally support for the release of two Adventists currently imprisoned in the West African country of Togo.

Wilson and top church executives who voted the emphasis day at a November 20 morning business meeting said the event will raise awareness of the plight of Antonio dos Anjos Monteiro, Sabbath School and Personal Ministries director for the church’s Sahel Union Mission, headquartered in Lome; and Bruno Amah, an Adventist lay member and businessman in Lome.

Adventist lawyers and human rights activists have called for both men’s release since they were detained in March for conspiracy to commit murder. A Togolese man implicated Monteiro and Amah as conspirators in an alleged blood trafficking network, but a police search of Monteiro’s home and local church headquarters did not produce evidence. Since then, local authorities have recognized both men’s innocence.

Diplomatic efforts to secure both men’s release are expected to continue. Today church leaders established a working group to oversee efforts led by John Graz, director of Public Affairs and Religious Liberty for the Adventist world church. Church leaders are enlisting the support of members worldwide to raise further awareness through a social media campaign to promote the December 1 Day of Prayer.

“We are asking the entire world Seventh-day Adventist Church to join in prayer and fasting on December 1,” Wilson said. The world church leader met with both men in prison earlier this month during a tour of West Africa.

“These are falsely accused, innocent church members and we are pleading with the Lord for his intervention so that they can be reunited with their families and continue their work,” he said. 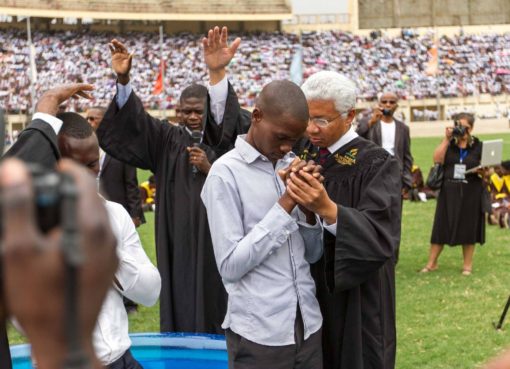 Since February 2013, the Seventh-day Adventist church in Angola has been actively sharing a message of hope through health expos, ministering to the sick and elderly, public evangelistic meetings, and
Read More 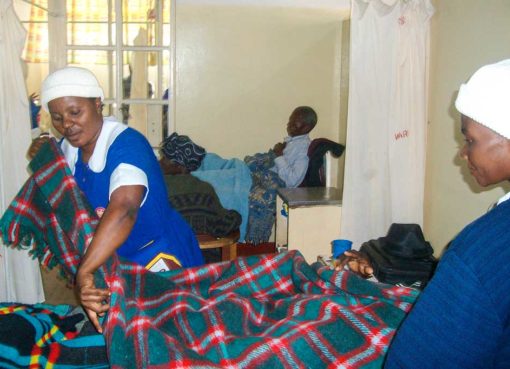