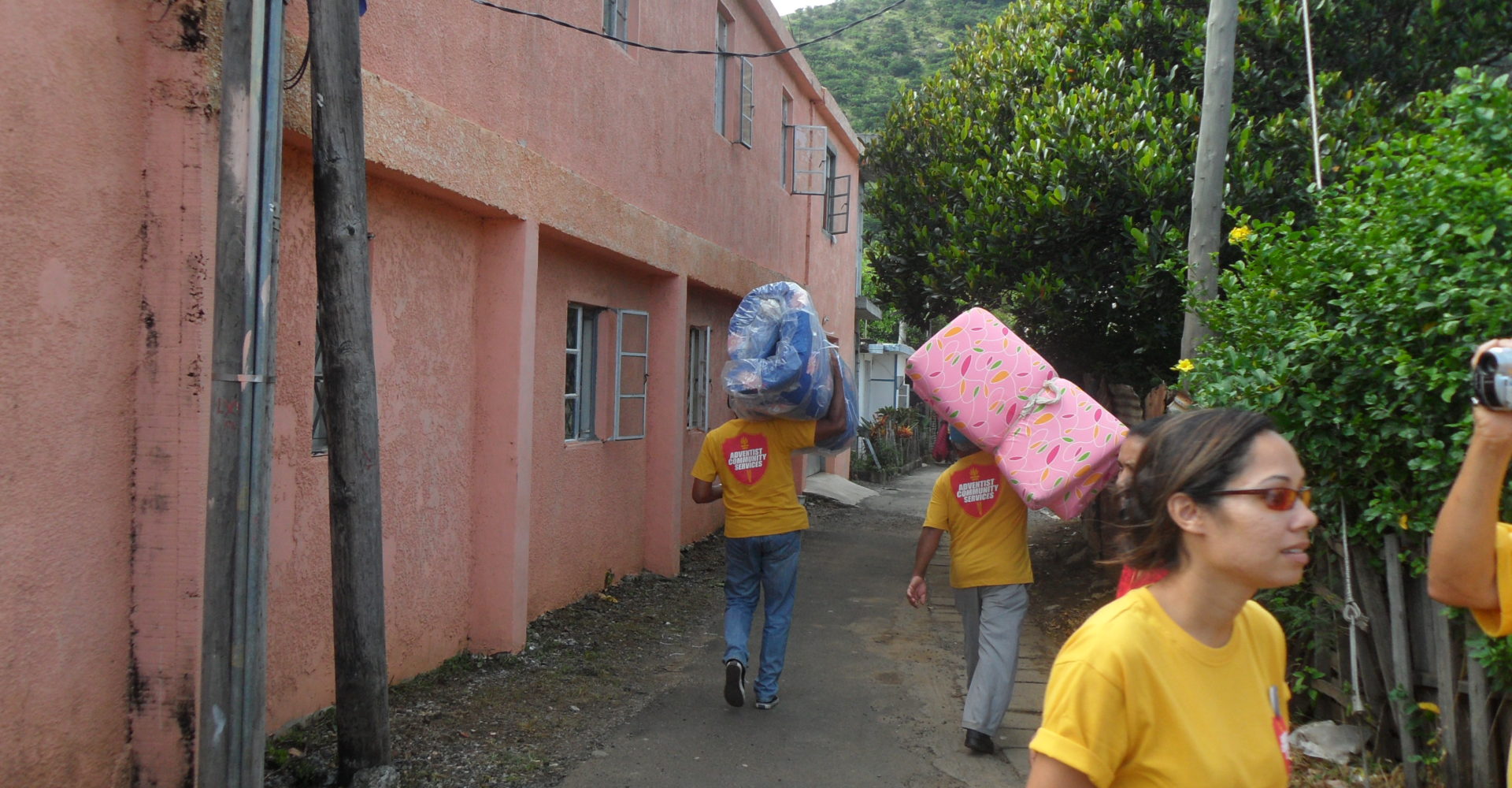 March 30, 2013.  In Port Louis, the capital city of Mauritius, many people were caught in the just one hour of torrential waters. Many cars
were dragged off their tracks with passengers inside. Stationary cars were pushed one upon the other and pedestrians were baffled.   It was general panic.  In one hour of downpour, the raging waters coming down the mountain range flooded the city.

The police and the fire services were helpless. They had to wait for the rain to stop before rescue intervention could begin. In the mean time many onlookers came to help the car passengers to safety. Policemen   did their best to divert the huge traffic jam. Firemen came on site to pump out water from the underground parking. Water flooded two underground tunnels leading to the waterfront near the harbor. Eleven people died, while three are still missing. Of the eleven who passed away, six  perished in the tunnels.

Young volunteers wearing T shirts bearing the logo of Adventist Community Services, were visible everywhere  helping, distributing bags of food, clothing and mattresses. People were very grateful to receive the generous intervention and asked a lot of questions about the church in Mauritius.

We have the vibrant testimony of an Adventist   family who was caught in the waters, in their car, while driving to another town to visit friends. The father managed, with the help of God, to pull his two  children out to safety on rock wall. Then he went to rescue his wife. As soon as they left the wall, the tempestuous waters tore it down. They have claimed the divine promise in Isaiah 43:2. “When you pass through the waters, I will be with you, and when you pass through the rivers, they will not sweep you.”

The Adventist church is committed to making a difference and bringing hope in Mauritius. 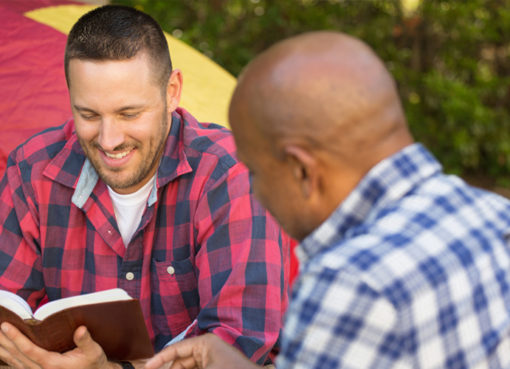 [Photo: courtesy of Adventist Review] There are profound lessons that emerge from the mentoring that Moses gave to Joshua and from their team ministry. H. Blackaby and R. Blackaby (2004) point out tha
Read More 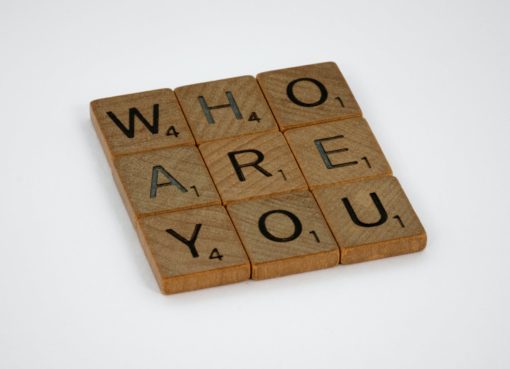 SPIRITUAL MENTORSHIP: A Call to All Christians

“Go therefore and make disciples of all nations, baptizing them in the name of the Father and of the Son and of the Holy Spirit, teaching them to observe all that I have commanded you. And behol
Read More