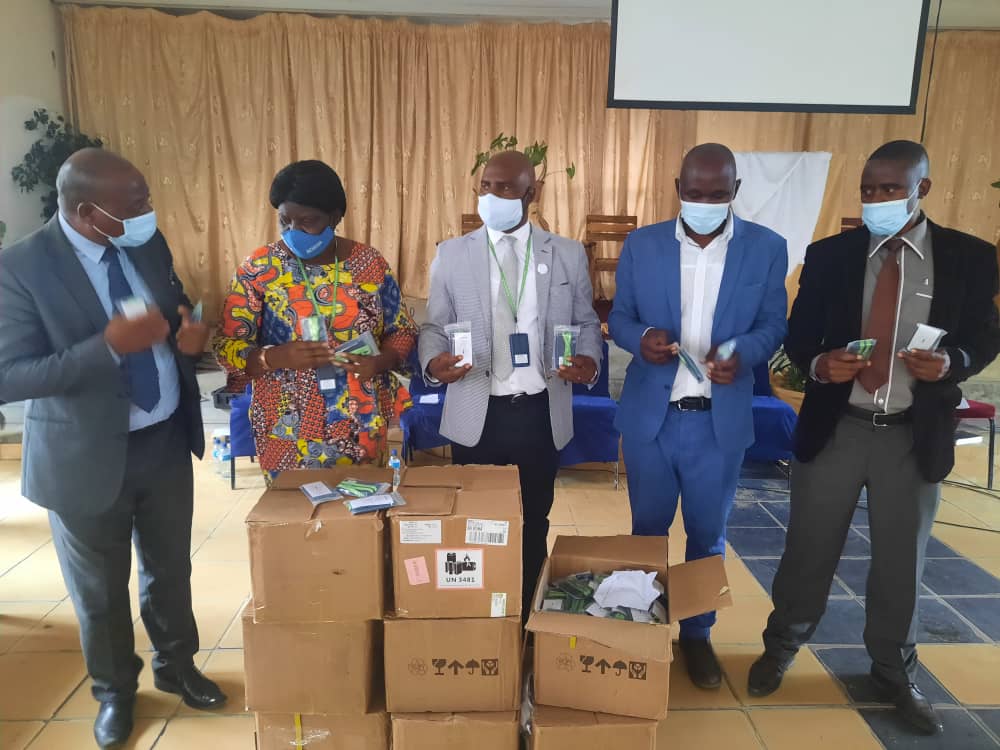 The Southern Africa-Indian Ocean Division continues to intensify its evangelism thrust in reaching out to the unentered areas with the good news of our Lord Jesus Christ. These hard-to-reach remote areas, are fertile grounds for evangelism and media is a formidable tool to reach them out.

As part of its Go 1000 evangelism project, the Namibia Northern Conference (NNC) under the Southern Africa Union Conference (SAU), in collaboration with Adventist World Radio, commissioned 2 000 Godpods electronic gadgets, that were distributed to the second largest population group of Namibia, the Rukwangali community on the 10th of October 2021. The Godpods are very small devices, the size of a cellphone that are loaded with audio Bible in local language and in English, the Voice of Prophecy bible lessons and music in local languages, in order to support the spreading of the gospel. These solar powered devices also double as FM radio receivers.

This noble initiative by the church in Namibia, is part of its strategic intent to reach the unentered linguistic groups in the country with the gospel. The Godpods were commissioned by Honorable Victoria Kauma, Regional Urban Councilor and deputy chairperson of the National council of Namibia, on behalf of the office of the regional governor. In her commissioning speech she said, “as government, we praise the work being done by the Seventh-day Adventist church for its significant contribution to national development, through its network of radio stations, ADRA relief programs and construction of low cost shelter for the vulnerable pockets of the Namibian population”

The Namibia Northern Conference President, pastor Moses Munyunda who is also the Board Vice Chair for the Namibia Adventist World Radio, hailed the project as a game changer in spreading the gospel. He said that this technology, is going to bridge the information gap between the rural and Urban areas. “We are here as a church to compliment the work of the government, in issues like substance abuse, health challenges such as HIV and Aids, family morality to mention but just a few, as we all fight behaviour change in our communities”

The AWR Country Director for Namibia, Reagan Malumo said, this is only the beginning, as they plan to intensify this project across the unentered and hard to reach areas in Namibia. “We are bringing the church into your homes, and we want to make sure that you are all part and parcel of the development in the country”

Silas Muabsa, the Southern Africa-Indian Ocean Division, responsible for Adventist Mission, hailed the project that was first implemented as part of the 13th Sabbath Offerings in 2012 among the Himbas, as the most feasible missions’ tool to reach out to cultural contexts where orality is a pivotal form of worldview formation. “We are excited to see the expansion of media being used as a tool in missions especially in these hard-to-reach areas. Our aim is to intensify intentional disciple-making as tabulated in Matthew 28:19-20, through various forms of communication, culturally relevant to each people group in our territory.”

The Godpods valued at 320 000.00 Namibian dollars, which is about USD $23 000.00 is a collaborative partnership between Adventist World Radio at the General Conference and Namibia Northern Conference through AWR Namibia.  Another batch of 2 000 Godpods are expected for the Rumanyo ethnic group through the Kashira outreach, which is spearheaded by Elder Neville Neviling, the AWR Cell phone Evangelism global trainer based in Namibia. The Mega voice evangelism devices are loaded with local VOP lessons, Rukwangali Bible, music, health lessons and sermons with 80-90 hours of listening time. 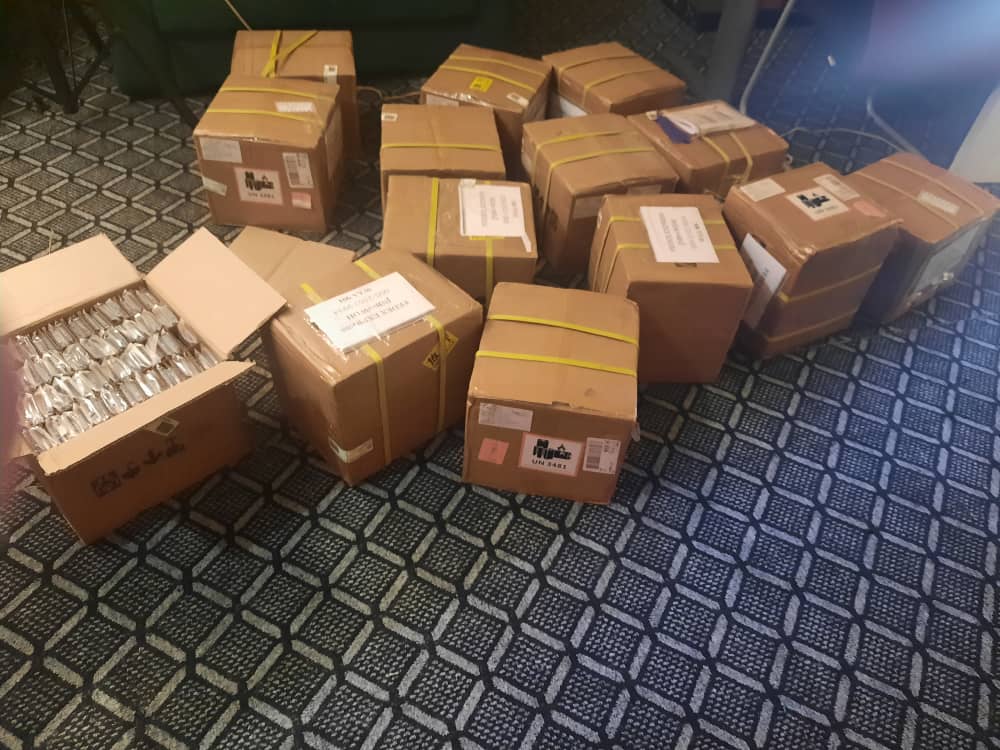 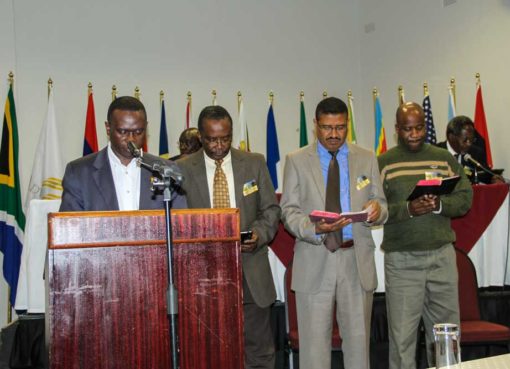 The SID leadership affirmed the mission of the Seventh-day Adventist church to proclaim to all peoples the everlasting gospel in the context of the Three Angels’ messages of Revelation 14:6-12,
Read More 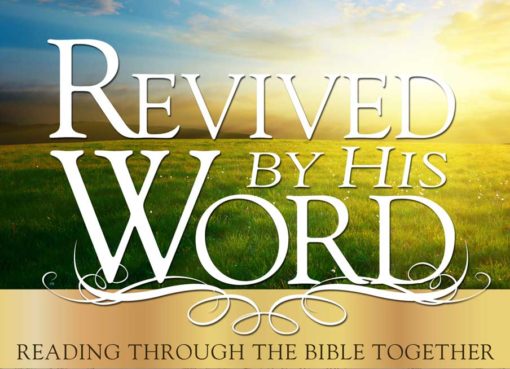 Revived By His Word

Seventh-day Adventists have been taking the lead in a daily Bible reading plan (Revived by His Word) under the initiative Revival and Reformation since April 17, 2012.  By reading one chapter each day
Read More 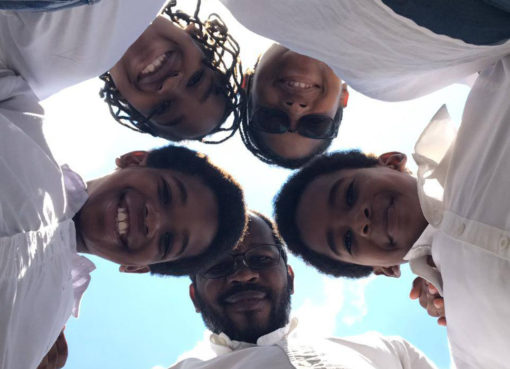 According to the 2018 report, published annually by the Children’s Institute at the University of Cape Town, we can define a “household” as an “arrangement of co-residence with shared consumption and
Read More