Matandani Mission is a Seventh Day Adventist School and Clinic situated in the beautiful Kirk Mountain range approximately 100 kilometres northwest of Blantyre in Malawi. The early Missionaries there were certainly following in the footsteps of Dr David Livingstone, the first Medical Missionary to Malawi. You may recall the famous words of Dr David Livingstone as he viewed the vastness of Malawi. He said, I see the smoke of a thousand villages where the gospel has never been preached. His dream to change this has been fulfilled in Malawi by Christian Missionaries and Christian education.

Matandani Mission was started in 1908 and with the dedicated work of Missionaries from overseas it was developed into both primary and secondary schools, and a technical school along with the clinic. During 1943 an American family Orison Fields, his wife Emma and their 3 children arrived at Matandani. Over twenty four years, this remarkable family, with the help of Mission staff, developed some fantastic infrastructure at the Mission. This included a water canal 6 kilometres long, dug by hand, from a cascade up in the mountains and along the contour of the hills to a weir near the Mission station. Two Hydram pumps were installed with l.5 kilometres of delivery pipe to Reservoirs at the Mission Station. Fields also built a Hydro Electric Generating Plant from the same source of water and electrified the Mission. Buildings were erected and a workshop was constructed. All the roofs of the buildings were of clay tiles, which were burnt on the Mission. One can only marvel at the development which happened between 1943 and 1967.

Many influential people in government and industry were educated at Matandani Mission. Also many students from adjacent African countries have benefited by being educated there. However, as a result of independence and the lack of foreign aid to Malawi, this once admired Mission station fell into decline and the technical school was closed in 1989. I think that anyone looking at the Mission station today, would feel like the Prophet Nehemiah did when he looked at the broken down walls of Jerusalem (Nehemiah 1:3, 4).

We were introduced to the plight of Matandani Mission by Pastor Julian Hibbert of the Southern African Indian Ocean Division of the Seventh Day Adventist Church. He asked if we would like to make a donation towards the irrigation system of the Mission farm. God blessed us in a property transaction, and we were able to donate towards this and other projects at the Mission. A year ago we had the opportunity of flying up to the Mission station, saw the great need, and were moved to do something about it. At this moment in time, the Mission has no funds or budget available for any maintenance. The most pressing need was the fact that only one of the Hydro pumps was working and the pipelines which were installed during the 1950s were badly corroded and leaking. The School could not accept its full quota of students, due to the fact that there was insufficient water. We ordered two new pumps from the UK which had to be manufactured and then shipped to Malawi which took a lot longer than we anticipated. However last December 2011, we managed to have the pumps, pipes and fittings already for installation at the Mission station.

Our three man team going up to Malawi consisted of two men and a woman. Johan Potgieter, myself and my wife Maryna. Weloaded our 4×4 Toyota, hitched our 4×4 off-road Caravan and set off on the 1800 kilometre journey. North from Pretoria to Beit Bridge, then through Harare, Zimbabwe to Nyamapanda border into Mozambique via Tete, Zambezi River and into Blantyre, Malawi. We were told that there was no dieseline whatsoever in Malawi so we took an additional 160 litres of diesel in jerry cans on the roof. As we usually do, we took a large quantity of the Signs of the Times magazines, which in the English speaking countries, north of us, are the best gift to unblock a roadblock. The African people really enjoy reading these magazines.

We had been advised not to attempt the trip in the rainy season, however due to the urgency to sort out the water problem; we left on the 8th January 2012 and worked at Matandani in the mud! We were joined at Matandani by Kelvin Sawyer from Blantyre Adventist Hospital and David Woods from Maranatha who both took time off from their usual mission projects, and assisted us in the procurement and the installation of the pumps and pipeline. We were ably assisted by Maxwell Kika, the Maintenance man at Matandani, and the Farm Manager, Samuel Salima. We also hired eleven local labourers who moved a lot of earth with their basic hoes!

Maryna did a sterling job of catering for a lot of hungry men! We worked from dawn to dust for seven days managing to install one new pipeline and one new pump. These
are supplying an adequate amount of water to the school much to the delight of all at the Mission. We hope to return at the end of June this year to install the second pump and pipeline. The new Romanian Mission Director John Croitorou, and his wife have already started a new mission vegetable garden and have plans to extend it to supply vegetables to the school.

Maryna and I had planned a second Mission to Matandani to install the second supply pipeline and pump as well as to commission the 1.5 kilometres of delivery pipe to the 3 Reservoirs. By talking to our friends, we managed to get 2 very enthusiastic couples to join us in the second venture. Jean Marc Chelin and his wife, Ingrid, who are members of the Hartbeespoort Dam SDA Church, are young and energetic. Jean Marc, a Commercial Airline Captain and his wife Ingrid, a Physiotherapist, made a substantial donation and spent 10 hardworking days at the Mission. Ingrid donated a Blood pressure machine to the Clinic and spent some time assisting. We were also accompanied by Kobie and Veronica Van Deventer, missionaries from Maluti Adventist Hospital, Lesotho. Kobie is an excellent retired Diesel Mechanic and he undertook the re-building of the MF farm tractor and Veronica helped very ably with the catering.

We were delighted when we arrived at Matandani to find that Pastor John Croitorou, with the aid of hired help, had excavated a 1.5 kilometre pipeline trench to a depth of 750mm. and laid the high density poly pipe to the 3 Reservoirs, which we had refurbished. We catered for a substantial lunch for the workers on a daily basis. We really enjoyed the fresh salads that were harvested from the home garden of Pastor Croitorou and his wife Lorie, proving the Chichewa African Proverb Madzi ndi Moyo meaning Water is Life

We were successful in installing the second pump and pipeline and filling Reservoirs that have stood empty for five years! There was a lot of happiness at the Mission as their cup was full and running over!

There is still so much to be done to reinstate Matandani Mission to the highly respected education facility it once was in Malawi.

You can be a part of this change in Malawi as Isaiah said in Isaiah 58:12, Your people will rebuild the ancient ruins and will raise up the age-old foundations you will be called Repairer of Broken of Walls, Restorer of Streets with Dwellings.

If you would like to make a donation to the Matandani Mission via SID Bank details, you can do so as follows:

All contributions will be greatly appreciated! 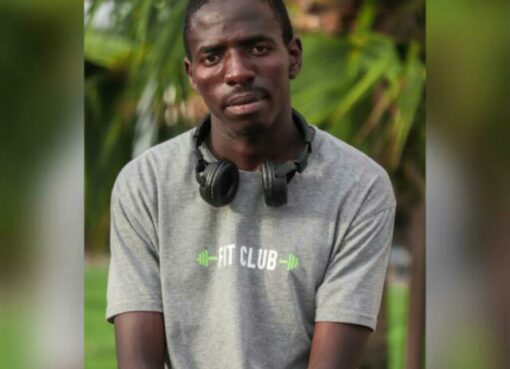 The Bible says in the Book of Proverbs 22:6 and I quote: “Train up a child in the way he should go, even when he is old, he will not depart from it.”  All your children shall be taught by the Lord, an
Read More 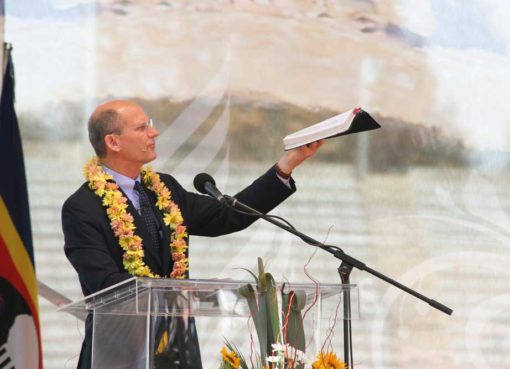 Ted Wilson appeals: “Look to Christ and Him Alone…” 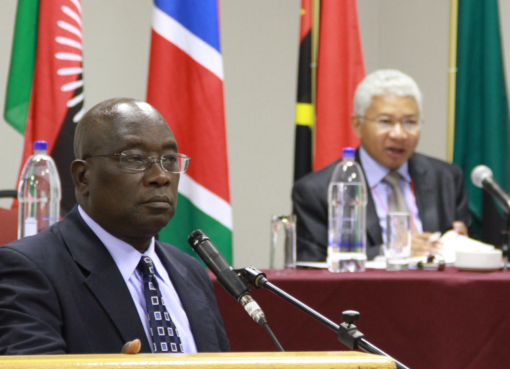 In a recent action of the SID Executive committee, members of the SID EXCOM adopted and affirmed one important document as adopted by the General Conference of Seventh-day Adventists. The document was
Read More