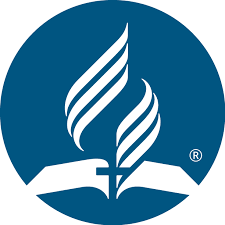 On 10 May 2021, the Southern Africa- Indian Ocean Division (SID) Executive Committee held a meeting to elect leaders who will serve for the term 2021-2025. The following were elected and re-elected into office. 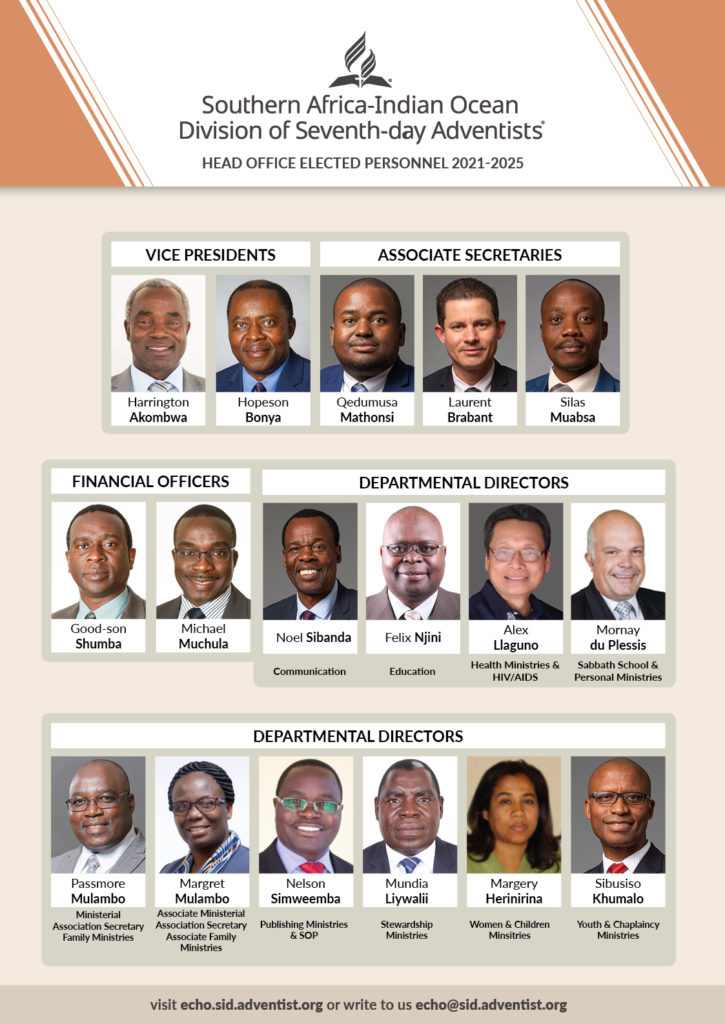 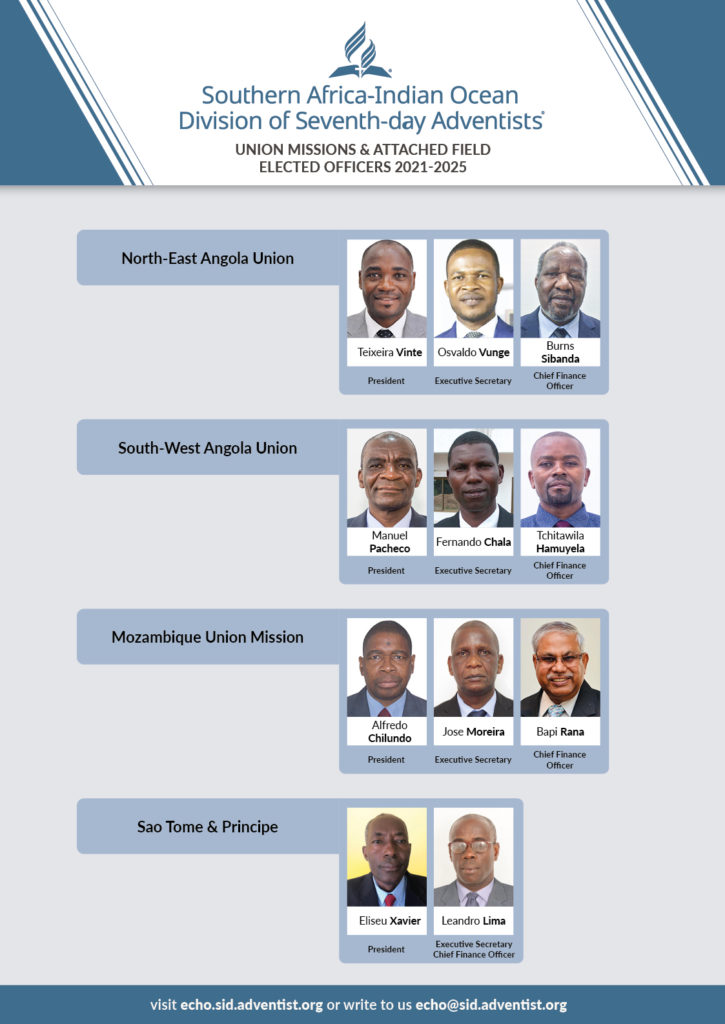 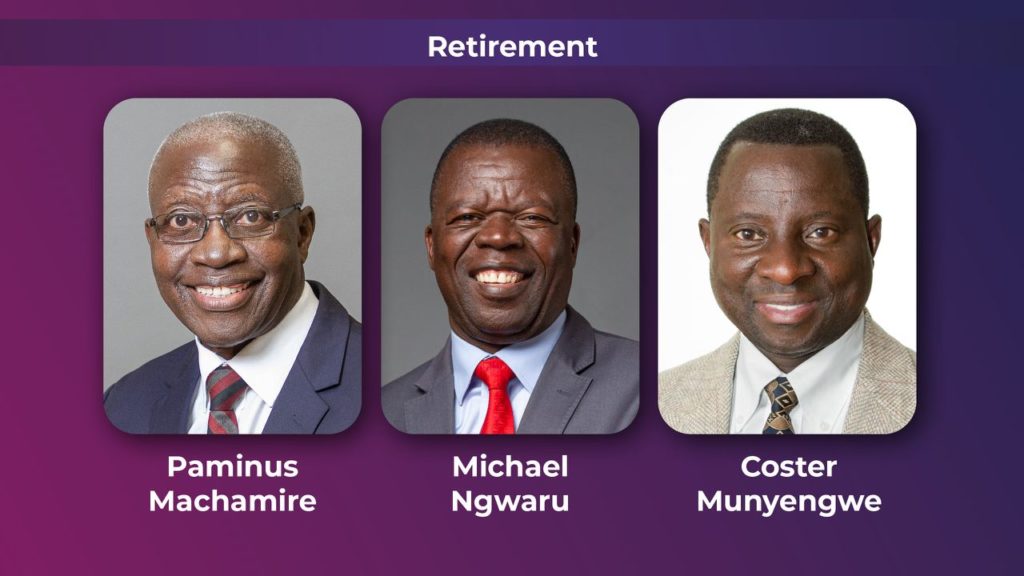 Dr Machamire’s ministry spans 44 years. He has had the honour of serving in Zimbabwe and Botswana as Union President, respectively. Prior to that, Dr Machamire was in the Eastern Africa Division, based in Harare, Zimbabwe, as Field Secretary and Vice President. 2010 found him back in the Division office in what is now known as SID, where he has served as Vice President to date. As he steps into another phase of his life, Dr Machamire says, “When God has another plan, He simply chooses another man. Joshua took over from Moses, David from Saul and Elisha from Elijah. It was a rich blessing to rub shoulders and learn from each member of the SID family. The time has come for me to pass on the button. May the words of the Master be your motto, “I must work the works of him that sent me, while it is day: the night cometh, when no man can work.” John 9:4.

A common thread of church leaders is that most of them seem to have participated in the literature evangelism ministry at some point in their life. Dr Coster Munyengwe is no different. He has served as Publishing Director in Zambia at Field and Union level. Dr Munyengwe was also a Chaplain at the University of Zambia and Deputy Vice-Chancellor at Rusangu University. In 2015 he was called to serve as the Associate Education Director for the SID. Speaking about his work, Dr Coster Munyengwe expressed his gratitude for the time spent in the regional office. “I have no doubt in my mind that I have worked well with my colleagues. Working in the church was a privilege that I did not deserve, but I thank God who saw it fit for me to be a coworker with him for the last 44 years.”

Pastor Michael Ngwaru has had a colourful ministry over the past 43 years in Zimbabwe, Eswatini and South Africa. His ministry has seen him serve at Conference and Union level as Publishing Director, Stewardship Director, Communication Director and Voice of Prophecy Director, to mention a few. In 2015 he was appointed as the Personal Ministries Director for the SID. Pastor Ngwaru says that working for the church was both developmental and a blessing. “The workplace was like a family to me. I thank God for calling and leading me over the years and trust He will do the same throughout my retirement.”

As Dr Machamire, Pastor Ngwaru and Dr  Munyengwe transition into retirement, we wish them God’s blessings. May 3 John 1:2 ring true for this new phase of their lives. “Dear friend, I pray that you may enjoy good health and that all may go well with you, even as your soul is getting along well.” 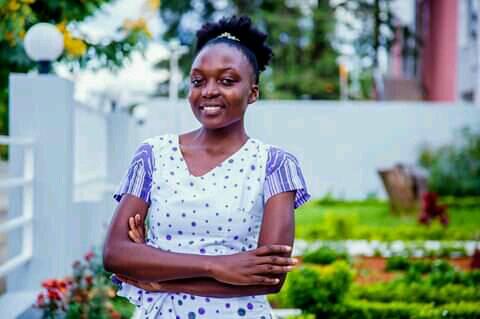 The Story of a Literature Evangelist The colporteur ministry continues to have a lasting impact on the community. While we may think all literature evangelists do is sell books, sometimes, if not most
Read More 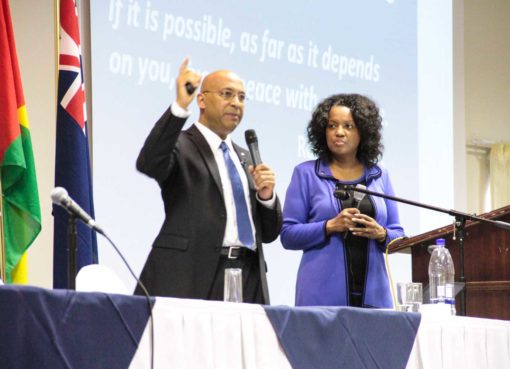 FROM THIS DAY FORWARD… a one-day celebration of marriage commitment at the SID Leadership Summit – February 5, 2013

One full day, the first day, of the Southern Africa Indian Ocean Division (SID) Leadership Summit (February 5, 2013) was exclusively dedicated to celebrate the marriage commitment of Leaders and their
Read More 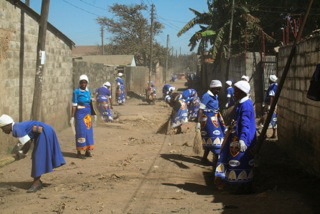 In a vivid display of owning community responsibility, Adventist women, affectionately known as Dorcas Mothers in Kabwe (East and West), swarmed the streets and alleys armed with brooms and a passion
Read More