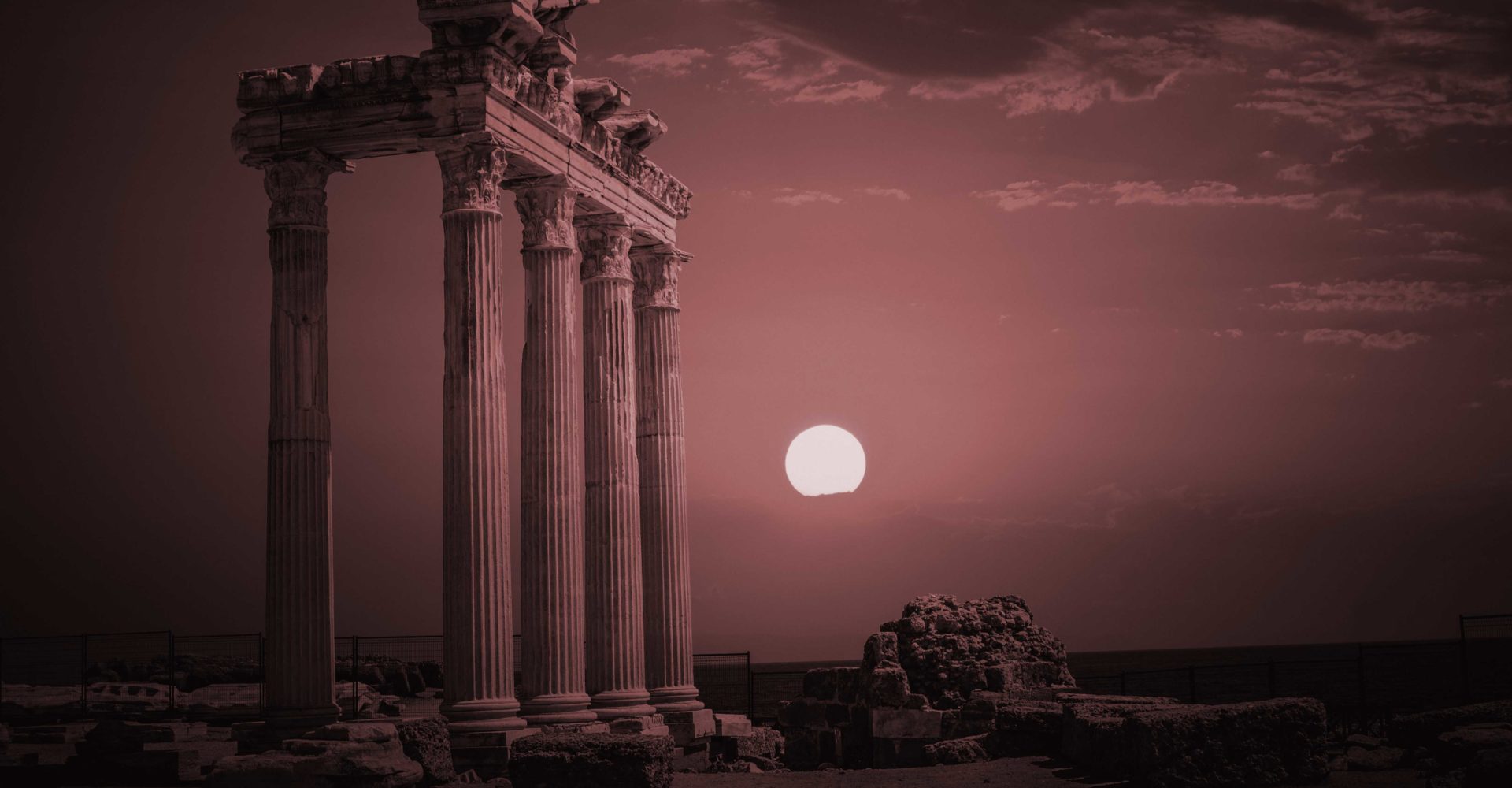 A word of warning is presented by Ranko Steffanovic  Who argues that if the church is not careful with safeguarding the faith once delivered to our fore fathers, the Pure Woman of Revelation 12 will become the corrupted and vile woman of Revelation chapter 17. While Davidson Razafiarivony differs with this view by Stefanovic, it remains true that there is a true church and a false one which has a cup full of false teaching. False teaching and doctrine should alarm us. We should worry when teachings that are contrary to the word of God are propagated. For Paul warns us that a time will come when the majority of our ease and pleasure-loving generation with not be able to stand and stomach the pure and straight teaching of scripture but will find teachers and preachers that tell them things they want to hear. Is it far-fetched to assert that most of our Christian churches may be falling into this trap, including some our churches in the Adventist church?

In Revelation chapter 6, the White horse of verse —- became the red horse of verse —- , then it changed again and became the pale horse of verse –, and finally the pale became the black horse of  verse —-. The pure apostolic church became drenched in the red blood of persecution, and the red and blood-stained faith latter deteriorated to a religion of compromise, pale and without color in the early middle ages and finally religion was almost buried in the dark ages. Because of the immense pressure from popular religion and social movement (quote Ellen White) many took a stand with compromise so much that such truths as the Sabbath, righteousness by faith alone in Jesus Christ, baptism were almost extinguished in compromise and false doctrine.

Even in the Adventist church today the doctrines of Man, Sanctuary and Creation, just to mention 3, are under serious and vicious attack.  In the middle ages the wave of social pressure led to compromise and even in our day social change in some way is leading to the same pitfall that the church in the middle ages fell into. It is here that Paul calls the church to turn away from false teaching and teachers and stand in sound doctrine in and out of season. Evolution teaches that life and knowledge is improving with the passing of time (quote) but the bible teaches progressively and consistently that life and knowledge is not intrinsically getting any better but to the contrary worse. While Methuselah lived 969 years, we live about seventy years, Adam memorized the names of all the animals after creation, and very few can even memorize a mere paragraph in our day. It is very dangerous to change what God has said in his word solely because of democracy or rights movements, good as the above two may be. It may be too late when we realize that such careless changes have cost our lives and those of our offspring.

The Cost and Price of Compromise

In the middle ages compromise began imperceptibly but it made such gradual and devastating inroads so that what used to be done in private was done in broad daylight. The Scriptures, the law of God, the Sabbath, marriage, salvation in Jesus Christ alone and other teachings as baptism and the state of the dead suffered the worst violence. John Tetzel even canvassed publicly selling indulgences, which was a means of salvation other than faith in Jesus Christ. Many a clergy in the church of Rome took a stand with compromise, just to be politically correct. Instead of scripture as the only rule of faith and practice the tradition of the church and actions of councils were treated equal with the claims of scripture or even superseded it. The sound truths and teachings of the word of God were laid as sacrifice on the altar of expedience. As in all the ages of spiritual darkness and apostasy truth is not lost at once and compromise does not come at once but while believers are relaxed and unawares. Sometimes in jesting and laughter. It comes with droves of priests and clergy banded in league against perceived errors in scripture or adaptation to the understanding and movements of the time.

On the other hand it is painful reality to note that very time the pure and sound teachings of the word of God was lost by the masses, revival and reform was always a costly, painful a grueling exercise. It took the precious life of John Wycliffe in the (12th Cenrury?) to begin a movement that would bring the bible back to its position of authority. It was Huss and Jarome (century) who were burned on the stake for the authority of scripture to be reasserted. The Anabaptists were thrown over cliffs and most of them endured a gruesome and humiliating death for the truth of baptism to be brought back. In the long ages of spiritual darkness, the Waldenses endured isolation and privation in the solitude of mountains for the word of God to be preserved. When looking at the trend above, it is important to note that when the former generations lost the truths of the Bible and sound doctrine through compromise and carelessness, while it took great sacrifice, persecution and in many instances eve death to bring back the Bible to its position. The reformers sealed their work of reform with their own blood. We may lose sound doctrine carelessly but our posterity in the latter generations with pay dearly with their own blood to correct the errors of many generations

Difficult Times are Upon us

These are times when many do not feel comfortable with the old-time truths of the Bible. Where many read the Bible after their own lusts. Where no preacher gets popular by saying “the Bible tells us so” but prefer the preacher saying, “Peter wrote about not braiding hair but he did not mean that we should not braid her but the principle of decency.” Rather than seeing 40 prophets who wrote the Bible, others are beginning to see 40 chauvinists. The likes of Rudolf Bultmann began by thinking of ridding the Bible of the supernatural. What he called removing of myth or demythologization. This school together with other schools of the day argued that the Bible was not the word of God but rather contained the word of God. They claimed that the Bible stories were like a maize cob with husks. To get to the kernel, the husks needed to be removed. For example, in the story of the Exodus these schools argue that it is not true that the children of Israel walked o dry ground but the account is a myth that expresses the fact that God delivered his people miraculously. Schite argues that the Bible was compiled or canonized by men in a patristic social construct and therefore needs to be decanonized and deconstructed to suit the modern construct of democracy and equality. Liberation theology, Black theology and the feminist theology are such theologies that challenge the totality and authoritativeness of scripture as a whole. For example Virkler makes a good analysis of how the feminist theologians downplay some portions of scripture to move away from the long held understanding of scripture.  Virkler contends with this tide of  theology and terms this approach the Hermeneutics of Suspicion based on what he calls the Reader Response. He argues that

The hermeneutic of suspicion aims to unmask the world view of the text which is suspected of supporting the powerful and oppressing the powerless, evaluate it according to their community norms. They also employ a hermeneutics of proclamation, which grants authority to those texts that can be evaluated as emancipatory in order to harness the text as a tool for societal change. . . any text determined to fall short of the goal of women’s self-affirmation , power and liberation from all patriarchal alienation , marginalization and oppression is not granted authority within the reading community. Such texts are said to reflect only the word of man/men and not the word of `God

The above view by Virkler does not only affect the feminist theology, but liberation theology and black theology also and their various strands.

It is important to note that Paul asserts that “all scripture is given by inspiration of God, and is profitable for doctrine, for reproof, for correction, for instruction in righteousness:” and Peter also concurs when he says that “for prophecy came not in the old time by the will of man: but holy men of God spake as they were moved by the Holy Ghost.” The apostles contended that scripture is inspired in its totality and cannot be dissected and the fact that the writers never wrote their mind but rather the mind of God. Inspiration did not just reach the thoughts of the writers but extended to the words themselves.  Fernando Canale amplifies this view when he says that “the Bible concurs that that through inspiration, God has somehow reached the book’s words . . . divine thinking also permeates the words through which revelation is communicated to the world”

In our first text of consideration it is clear that Paul gives the last generation a warning not only that there will be a mass fall away from the plain teaching of scripture but a turning away to fables. There is  a call here to guard against the erosion of such cardinal teachings as the Sabbath, baptism, state of the date, the doctrine of man, dress and adornment, social media, the law of God and marriage, just to mention a few. The good news is that God will always have a remnant to preserve sound doctrine as shown by Ellen White that

Amidst the gloom that settled upon the earth during the long period of papal supremacy, the light of truth could not be wholly extinguished. In every age there were witnesses for God – men who cherished faith in Christ as the only mediator between God and Man. Under the fiercest tempests of opposition, they maintained their faith. Though gashed by the Savoyard spear and scorched by the Roman fagot, they stood unflinchingly for God’s word and His honor . . . here the light of truth was kept burning amid the darkness of the middle ages. Here witnesses for truth maintained the ancient faith

In These times where a lot is at stake and lawlessness is rife and society generally loath anything that is established as timeless truth, Christians must remember that the Bible remains as the rule of faith and practice. The 21st Century generation must guard against going down into the annuls of history as one that fell away from the revealed word of God and turned away to fables. While applicability of some text may need to be relevant to our times it is a danger that should be avoided to turn away from the plain and revealed word of God. 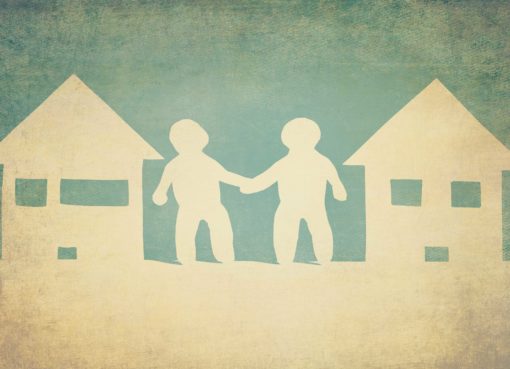 The Nations Among Us

It was almost noon, when I and two friends found ourselves touring a neighborhood of one of the big cities in our division with over one million inhabitants, in the pursuit for mission opportunities.
Read More 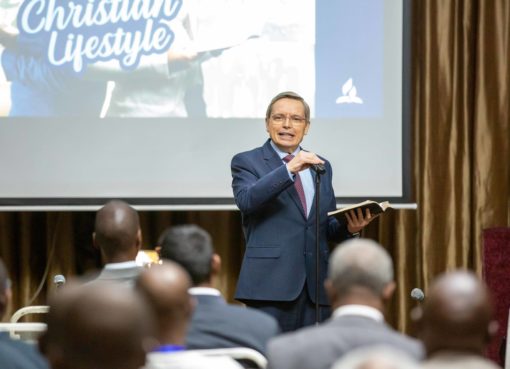 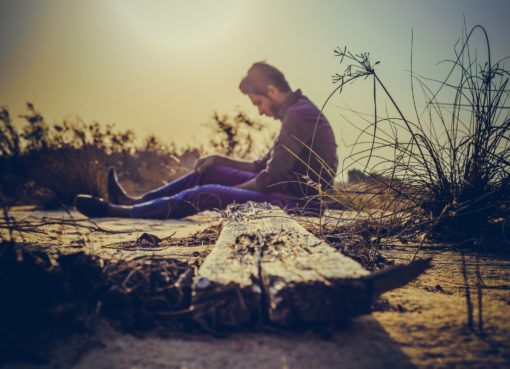 Photo Credit: Pexels For the longest time, the subject of mental health (specifically with regards to mental disorders) has been taboo in the Christian spaces. As a result, many church members have su
Read More