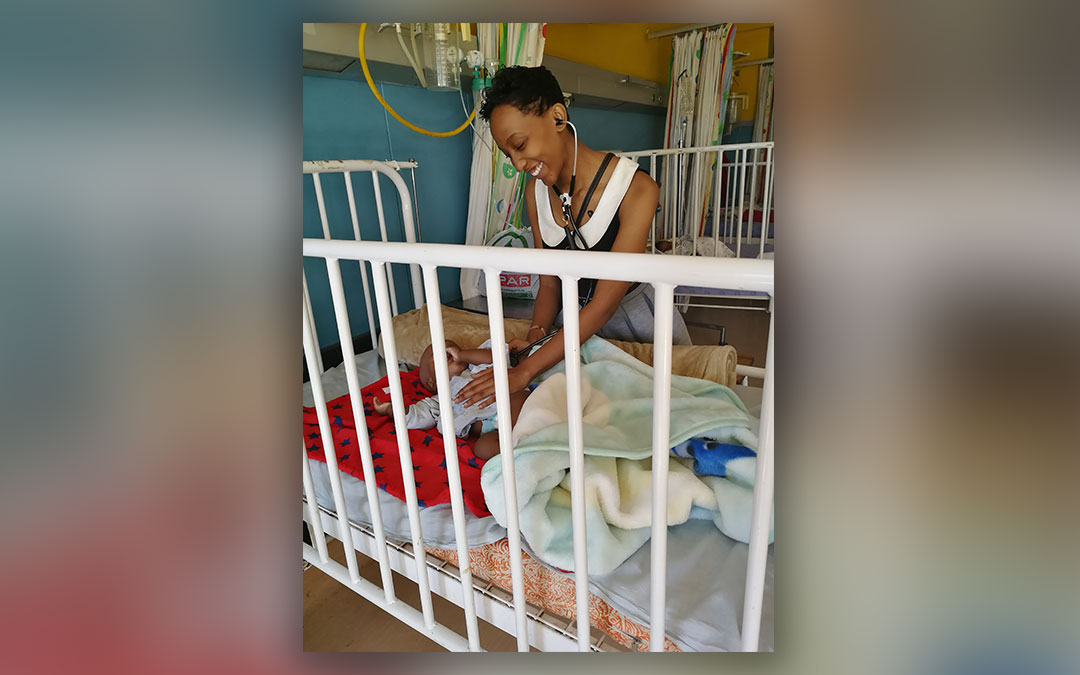 WHAT INSPIRED YOU TO BECOME A DOCTOR ?

It’s strange that I never actually wanted to become a doctor. It was all just a set of providential occurrences.   In Matric I applied for everything and medicine was just one of the options I could fall back on but honestly was not considering. I even only applied for medicine at one university (a huge risk).  I was praying that the Lord would place me where He would use me best. Then I started reading Ministry of Healing and the emphasis that Aunty Ellen put on the health work as the right arm of the gospel made me see a gap in the work that needed to be filled.  I was struck by how much people trusted their doctors and realised that this relationship could be used to lead many to the Lord and decided to go for it. Once I had made the decision the Lord opened many doors.

I’m still a junior doctor and we’re unable to specialise until 3 years of  being in the field. Hopefully I’ll end up in neurology but we will  see.

WHAT ARE THE CHALLENGES YOU MET WHILE STUDYING AND HOW DID YOU OVERCOME THEM?

The first challenge was fees. My mother is a single parent and both my brother and I were in university at the same time so it was hectic. But there are so many incidents where the Lord just made ways. I prayed when leaving home that since the Lord wanted me to do medicine He would have to make sure that He paid for it as my Father. I actually said “Lord even if you have to send a bird with a bag of money in its mouth it doesn’t matter. As long as you make a way.” I did not pay a cent for the first three years of university and only paid 1/5 of my fees in the last three years.

The second challenge was the struggle of balancing academics and life. I was very involved in SDASM and school was also demanding so trying to find time to breathe was difficult. I also had to avoid school activities on Sabbath. Thankfully my friends were very supportive. My non-adventist friends and classmates wold always structure the roster to ensure I was not needed for any school activity on sabbath and most times they’d do it before I even asked. My goal was always to put God first and hope school would fall into place, and somehow it always did.

WHAT IS THE BIGGEST FULFILMENT  YOU GET FROM YOUR JOB?

Seeing patients go home. I get a serious kick from filling in discharge summaries. (chuckle). Patients’ faces light up when you tell them they are going home, which is great because it means they are  well enough to have happy facial expressions and also that they now appreciate what they have at home more. Which means my work has been effective. I’ve helped them appreciate what they often take for granted; health and home.

My second fulfilment lies in the beauty of answered questions. Sometimes the biggest frustrations patients have are due a paucity of information and fear of the unknown. Seeing someone finally relaxing, or telling you they can go to sleep now because you’ve abated their anxieties by providing an explanation is rewarding. There are cases that we can’t do anything about but sometimes once you explain, the patient calms down because you’ve added some meaning to their suffering.

HOW DO YOU STAY MOTIVATED ?

It’s difficult sometimes but having people around you who put things into perspective helps a lot.

BEST PIECE OF ADVICE YOU  RECEIVED WHILE PREPARING FOR YOUR CHOSEN CAREER?

Don’t let medicine take over your life. Have other things to fill your life with.

BEST PIECE OF LIFE ADVICE FROM YOUR PARENTS/GUARDIANS

No human being has a heaven or hell to take you to. Live life only for God.

ADVICE FOR THOSE WHO DREAM OF BEING DOCTORS ?

The best doctors focus on more than just medicine or pathology. Life is more than a textbook and your patients will appreciate you being able to speak about life and relate to them.

ADVICE FOR THOSE STUDYING MEDICINE BUT FEEL LIKE QUITTING ?

We’ve all been there. It’s okay to buckle under the pressure so take some time to go do something you enjoy and reassess if this is what you want.  Also you’re probably post call so go nap and maybe you’ll feel better.

ONE THING THAT YOUR FRIENDS DON’T KNOW ABOUT YOU?

I chew ice-cream. I don’t even know why haha

WHAT PART HAS FAITH AND PRAYER PLAYED IN YOUR CAREER ?

Praying for and sometimes with my patients changes the dynamic. Before I am the doctor, almost swaying power over them but once I send up a prayer (even a silent prayer) we now share a different bond. We approach the throne as siblings, as equals, in need of God’s intervention and that adds a new tone of humility and care because I’m treating my family member, not a stranger.

WHAT LEGACY DO YOU WANT TO BUILD?

There are a few projects I’m working on to make health accessible to the underprivileged– health in every sphere. I want to empower people to take charge of their own health and not be dependent on a medical system unless its unavoidable.

FIVE WORDS TO LIVE BY ?

Whatever will be, will be.

THE THEME FOR THIS ISSUE IS : “CALLED TO SERVE” WHAT DOES THIS MEAN TO YOU?

The church was organised for service, not just for the sake of those outside the church but for the very one serving. The Lord desires to use our service to change us, as much as those we serve. When we remember that sentiment then even the sacrifices that come with service become privileges. 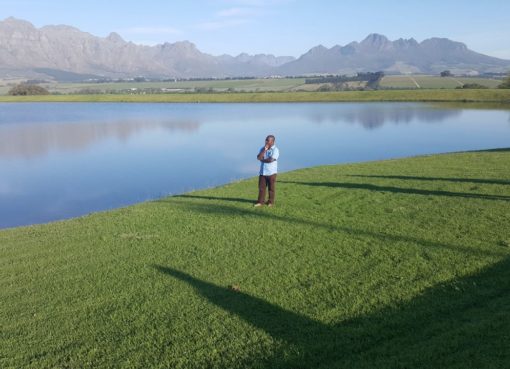 Name and Surname? Chiwanda Samuel Foster What is your chosen career path ? This is a tricky one, I am primarily a Business person – majoring in the Telecoms and System Automation space. The name of th
Read More

The CANSA Walk happened on October 10, 2019. There were over 700 participants registered from 66 companies. SID was stand in front of our office where we were distributing literature, water, hair spra
Read More